Agra more specifically the Taj had been on my bucket list to do with the family before I turned 40 and I have done it during my last Delhi trip.
We took the car to Agra from Gurgaon early morning and made it to Agra in about 4 hours from where Taj was a little distance away.
a small town, almost what I remmeber from my last trip in 1982 but it was more smelly and crowded and with lots of shops, more specifically the carrot radish vendors!!
This was a whirlwind trip with an attempt to cover as much as possible with as much detail as possible hence we could not do Fatehpur Sikri or Idmat e daula much as we wanted it.
We started with Taj, the most important one and below is the main / roytal gate for the same. We hired a guide so that he would take us to otherwise unknown nooks and corners.
I felt the guide was worth investing because he made us see the building in a different light and also took us to the right photo points
He showed us the central line which divides the makbara into two parts and the way it runs across the entire plot through the different gates.
﻿ 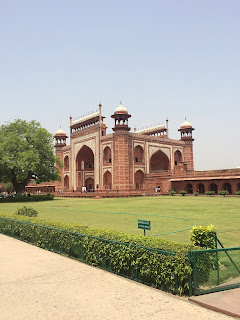 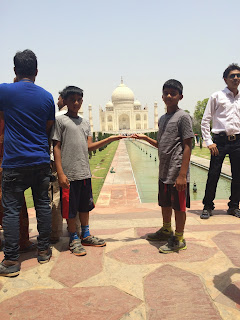 another one from the tip 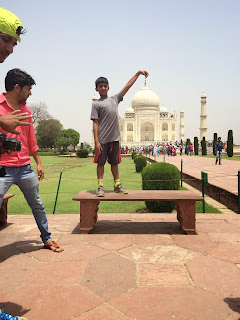 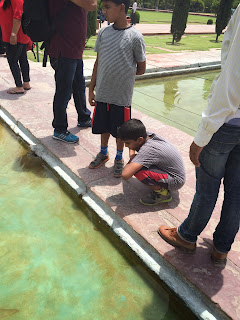 another photo point . reflects on the dark glasses when taken from behind. Note only two pillars are available. The pillars tilt outwards a bit so that they do not fall on the main structure 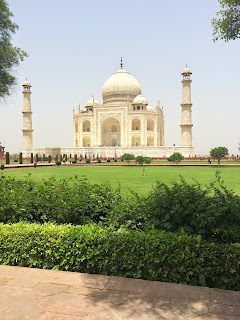 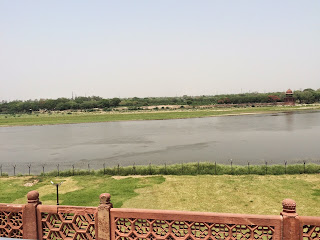 note the gemstones are stolen 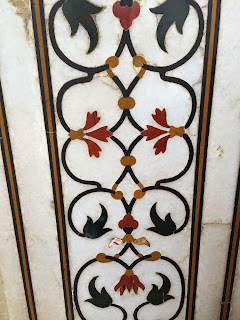 trick tower- looks like 6 faces on one side, but it is smooth. optical illusion 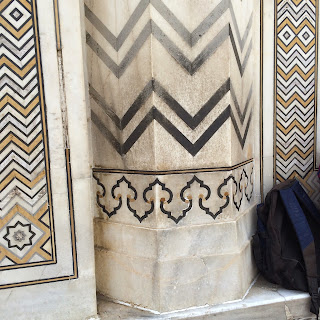 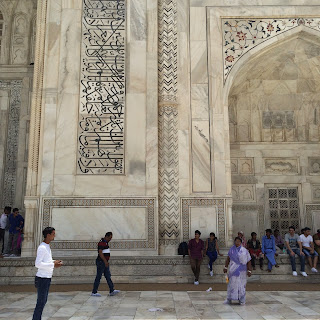 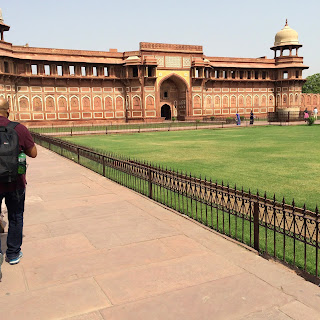 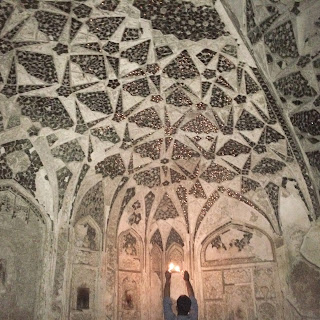 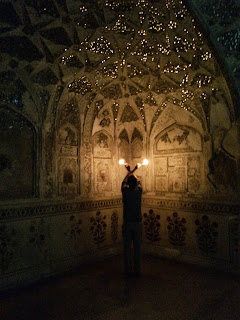 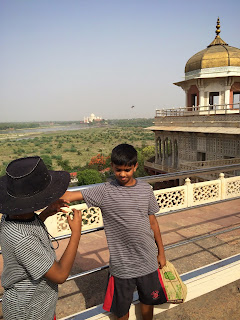 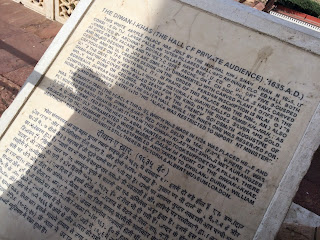 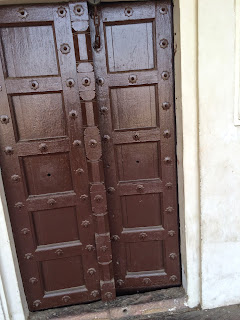 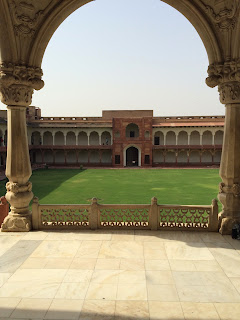 clapping to warn the enemy at the entrance. the clap travels inside. the slope is so designed so heavy boulders can roll down on enemy line 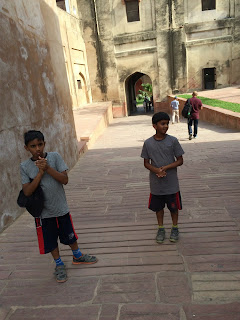 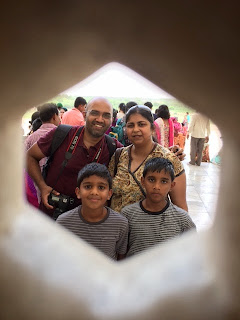 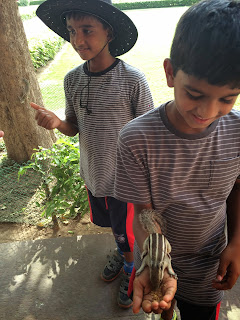 Posted by Itchingtowrite at 5:37 PM