Adieu to one of the strongest, most enthusiastic and happening grand man I have known. You went doing what you liked best...traveling, buying car and even joking. We did not want to believe you but turns out you had the last laugh. Love you.

The passing of an era. The one who lived life the fullest. The one who was ahead of his time, practical and innovative. An entrepreneur who built everything from scratch. A stylish man who passed on his sense of humour, love of cars, travel and good life to his progeny and in some of us, his ample waist! The guy who lived and passed on, on his own terms. He who had the last word after all. For whom we can't say rest in peace but live it up wherever you are. Bon voyage Papa/(Bade) Dada/ (Bade)Nana 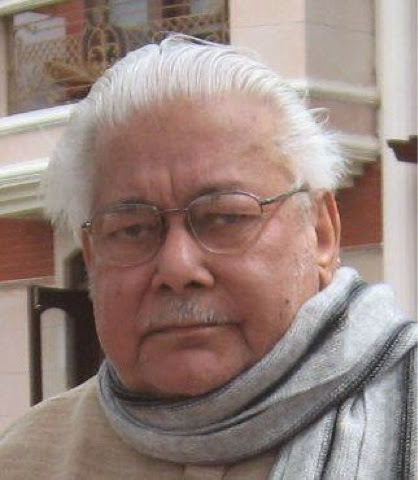 Posted by Itchingtowrite at 9:10 AM No comments: 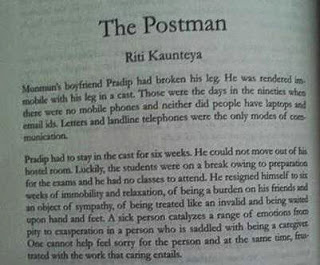 27 authors, 27 stories as tangy, spicy and sweet like mango chutney.

Published by Rumour books, copies will be available for pre order on Amazon and Flipkart from 1st August.


Sent from BlackBerry® on Airtel
Posted by Itchingtowrite at 4:18 AM No comments:

I discovered the joys of coupon shopping a few months ago when I first purchased tickets to various attractions in Singapore. I felt really very pleased with myself for getting them at discounted rates.
Recently I purchased lunch coupons for 20 people and again I paid only half of what one would pay in a walk in situation. What is good that the coupons come on mail instantly and one has to just take a print and go to the place where you want to utilize them.
Another good thing is that you get a very nice feeling when you walk in, eat and walk out! As if you enjoyed the benefits without paying for them! Certainly a lot of feel good factor, a sentiment which surprisingly many coupon users shared with me!
What is challenging is of course to find the best deal among all available and that is where a site like http://zoutons.com/ come where you get comparative rates from across websites and you could choose the best you wish to take.
If you wish to buy a specific product like Amazon Baby product Coupons you co uld buy them from http://zoutons/stores/amazon
You could also follow them or subscribe and you get the deals delivered on your mail box
Posted by Itchingtowrite at 7:00 PM No comments:

The Alternative place to find me

I have started contributing to The Alternative magazine in a bid to have a bigger platform for my voice, considering the hits that I get on my blog are hardly encouraging!
Here are my few thoughts
On Homeschooling
http://www.thealternative.in/lifestyle/11-reasons-prefer-schools-homeschooling/

On types of parenting
http://www.thealternative.in/lifestyle/should-parenting-be-permissive-or-authoritarian/

Tell me what you think of them
Posted by Itchingtowrite at 12:47 PM No comments:

With Lethal Spice, Shimla's Superintendent of a Police Nikki Marwah is back, solving a crime that perplexed the whole of the nation. Mala Joseph, celeb judge in the shot Chef show dies after a lethal dose of cyanide that found its way to her on stage.

A suspicious looking text message not sent out, a set of lab reports that complicates the problem giving it a new dimension and whispers that cast shadows on the complex web of friends she had, causes Nikki Marwah to suspect that the case that was touted as a case of simple suicide looks more like a murder.

No one is spared. Each one is a suspect, be it the judge on the show Kemaal of Kemaal's Kebabs who has shot to fame with his chain of restaurants or Rajat the host of the show who seemed to be besotted by Mala.

As Nikki Marwah sets out to investigate the case, she comes across the fact that the show has been unlucky right from the word go. Whether it was the short circuit or the case of food poisoning or now the cyanide incident.

I loved the book cover with a spice jar in the background and an unmistaken smell of fresh spices emanating from the pages. I thought I was hallucinating until I opened the first few pages and found a pouch with a mix of spices taped to the page that remained fresh until long after I had finished reading the book.

The pace of the writing is fast and crisp and Nikki and the readers go in circles as they uncover facets of the contest and the contestants. The author weaves back stories and develops a strong case for each of them to become an eventual suspect however the motive seems to be evading the readers and Nikki until the very end.

We are learning states and capitals of India.
Good for Mamma...
Posted by Itchingtowrite at 9:09 AM No comments: 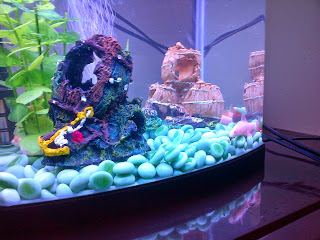 After a scary episode of a few fish jumping out of the bag and on the floor and a mad scramble by mamma and a brave save by Ojas, the tank is installed.

Dadda promised them more or less conditions apply that the tank would be bought. my protests were disregarded If you ask.


The fish have been named all angrej names like jack, mike, david, john etc etc.

Currently they hate the light and settle at the base or hide behind the decor if the light is switched in.

Sent from BlackBerry® on Airtel
Posted by Itchingtowrite at 10:09 AM No comments: