Riot of Colours at Kalakshetra

The most exciting aspect of Kalakshetra is the colourful fair. A riot of colours that never fail to excite even if one doesn't want to really shop.
Guess what I bought from here? 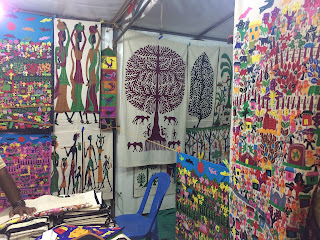 The painstakingly done applique from Odisha, some of them carved from a single cloth. 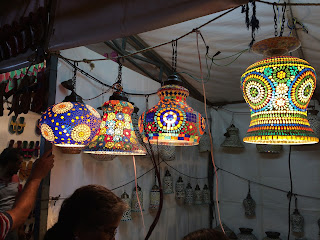 The colourful glass lampshades from Rajasthan, throwing a riot of colours around when lit 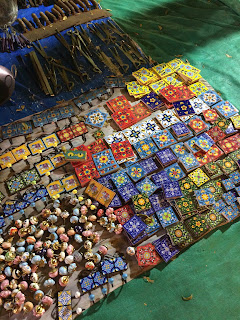 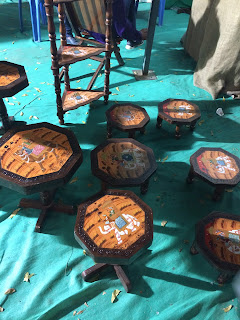 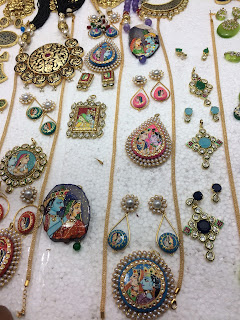 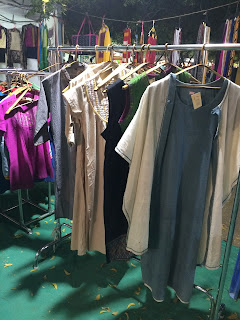 Posted by The Reading Corner at 10:25 PM No comments: 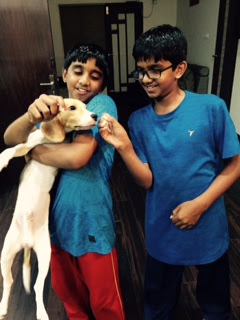 Old Mac a doodle has two boys...
Whom he tamed into giving him treats
Posted by The Reading Corner at 8:47 PM No comments:

Didn't know water bottle flip was a thing. Learned this from Sue's FB post and decided this needs to be recorded here for posterity and for possibly reminding the children of their atrocious act towards the defenceless water bottle. .

Well, this bottle flip is weird and annoying to boot. I feel that somehow, the water inside after suffering several flips must have got spoiled or lost its taste. Weird but the husband agrees to this too. I guess we have become those parents who say - kharab ho jayega to the children for every little thing they do.
Be it door banging, touching the TV remote several, touching the mobile phone, changing the smart charger wires, flipping the switches a little too many times, sleeping on bed covers and not the sheet, dragging their shoes on the ground; the list is endless. I yell, 'don't spoil it' for anything they touch or do which is not ordinarily done by adults.
The children have grown and we have finally learned to invest in our house so the dread of the décor being spoiled rests prime in our minds.
The plastic mineral water bottles is not a new tool to the children. They have been using empty bottles as a bat during travels several years now. Soon they began to cut them out to make highly useless crafts. Then there was a phase in which they poked holes at the bottle cap and used them to sprinkle water on others and in the process spray the home with several droplets making me scream- 'ghar ganda kar rahe ho' in agony and frustration.
The children raid my bag everytime I come home from a flight, in the hope of finding a mini waterbottle to be used for drinking water as they played. I hate them bottles. I believe they are best discarded however the children do not agree to my sentiment.
So when the 'bottle-flip' happened, I gave it the royal ignore. As long as I didn't have to drink the water inside that would have surely separated into million sets of two Hydrogen and one Oxygen molecule at the merciless flipping and thus wasn't fit for drinking.
The flip, is a flick of wrist of semi-filled bottle and with enough practice of the wrist and not the bottle, it lands upright. The flip, is an in thing among children of this age and is accompanied by the most annoying gurgling sound of the water together with the bubbling of the surface.
The flip cannot be ignored because it is in effect, a sport among children of this age group.
The flip, can drive parents to screaming and snatching of the bottle, dumping the water in the nearest potted plant and crushing the bottle mercilessly and dumping in the dustbin.
The fear of the flip may cause a parent to discard the bottle right before entering the house or leaving the airport. A parched throat is preferable to the hideous sound continuous water bottle flip makes.
The lure of flip causes children to drink several gulps of water in an attempt to empty them quickly or too watch the parent gulping the water in glee. Warning- may cause children to snatch water bottles away from the parent even if he or she has not had its full because a certain mean sea level / mean water level needs to be maintained in the bottle.
The love of flip may cause a stash of plastic bottles to get accumulated in hidden spots by the children much to the angst of the parent.

A parent can just wait and watch for the flip to pass.
Posted by The Reading Corner at 11:28 PM No comments: