Nuga Gama Back to Our roots

Nuga Gama or the big Banyan tree is symbolic of ancient knowledge and revelation and is like the hot seat of all activities in a village.
In the Cinnamon Grand hotel in Colombo, they have re created the traditional Sri Lankan village with all detailing of a village reproduced in the most authentic fashion. This includes a pond and a vegetable patch complete with a scarecrow, the traveler's resting place, the village dwelling with traditional implements and tools and thatched roof and a two century old enormous banyan tree under which there was a tender coconut stall. 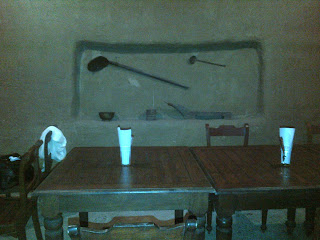 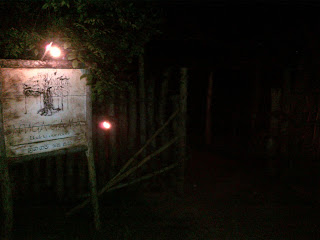 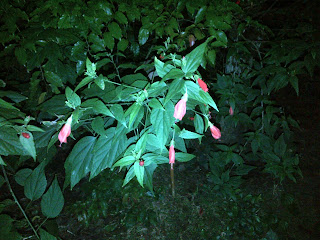 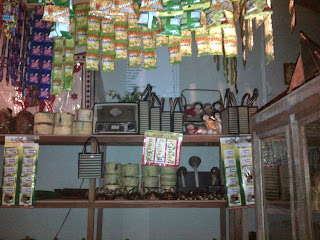 As soon as you enter the village, there is a wicker gate and a narrow pathway lit up with fire torches and a traditional bullock cart on one side. The village also has a mock village shop with a banana bunch, jars of sweets, cup cakes on open trays, artifacts, brooms etc set up to create the authentic feel of a shop. There are pouches of detergents and shampoos hanging from the roof and one gets a feel of being part of a proper village. 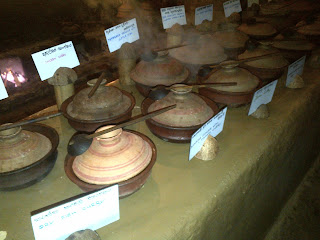 The menu is  traditional Sri Lankan fare and the same is served in clay utensils. The main course is accompanied by a range of sambals and chutneys and a traditional sri lankan village woman makes coconut rotis and string hoppers on the side. The desserts are authentic Sinhala and the servers dress up in traditional village style.

In the end, they served us yummy ginger tea with palm jaggery.

There was a music troupe that was performing enchanting music and included even popular Hindi numbers.

I asked for a leaflet on the village and was rewarded with a comprehensive one with the traditional names of all structures and the history about them.


The photographs, unfortunately were taken on my mobile camera and are not much to speak of. 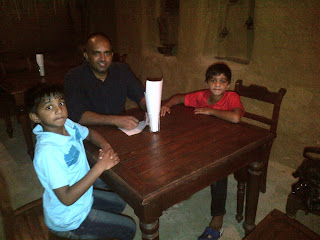 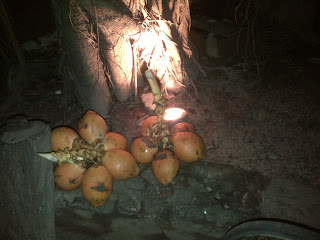 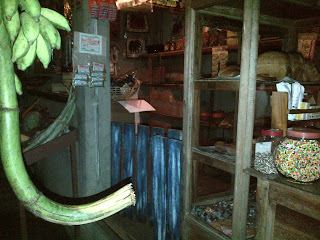 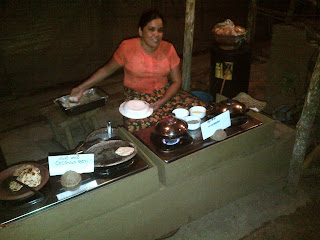 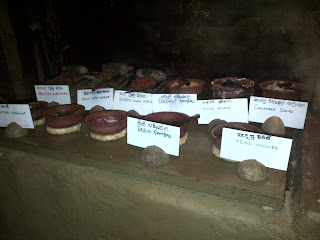 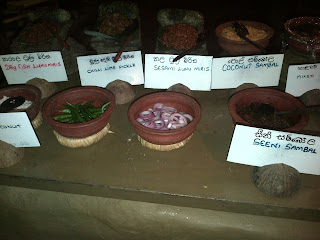 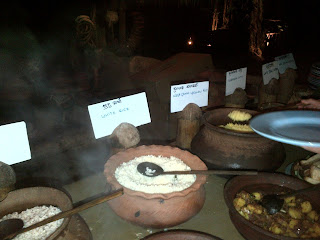 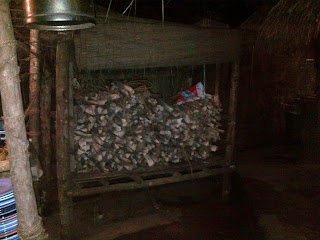 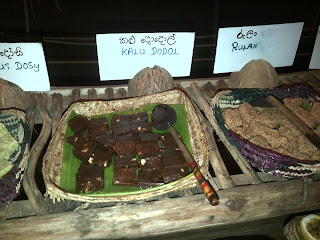 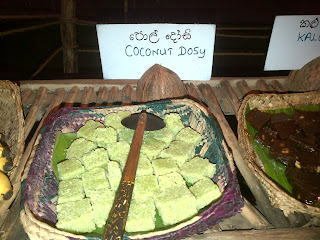 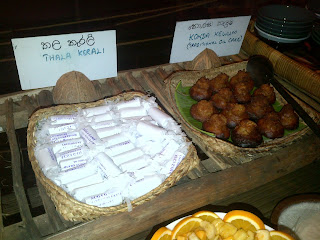 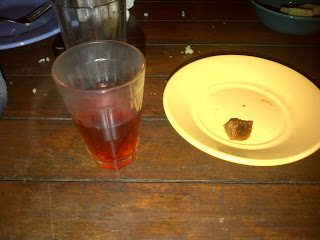 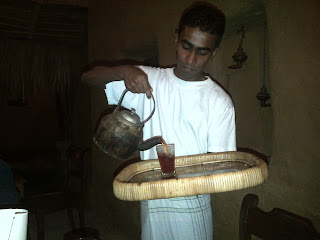 Posted by Itchingtowrite at 12:30 PM

I've heard a lot of wonderful reviews from friends about the Cinnamon Hotel experience but this is the first time I am getting to read more details on this. Thanks a ton - its one place I want to go and chill out on a vacation with my family.